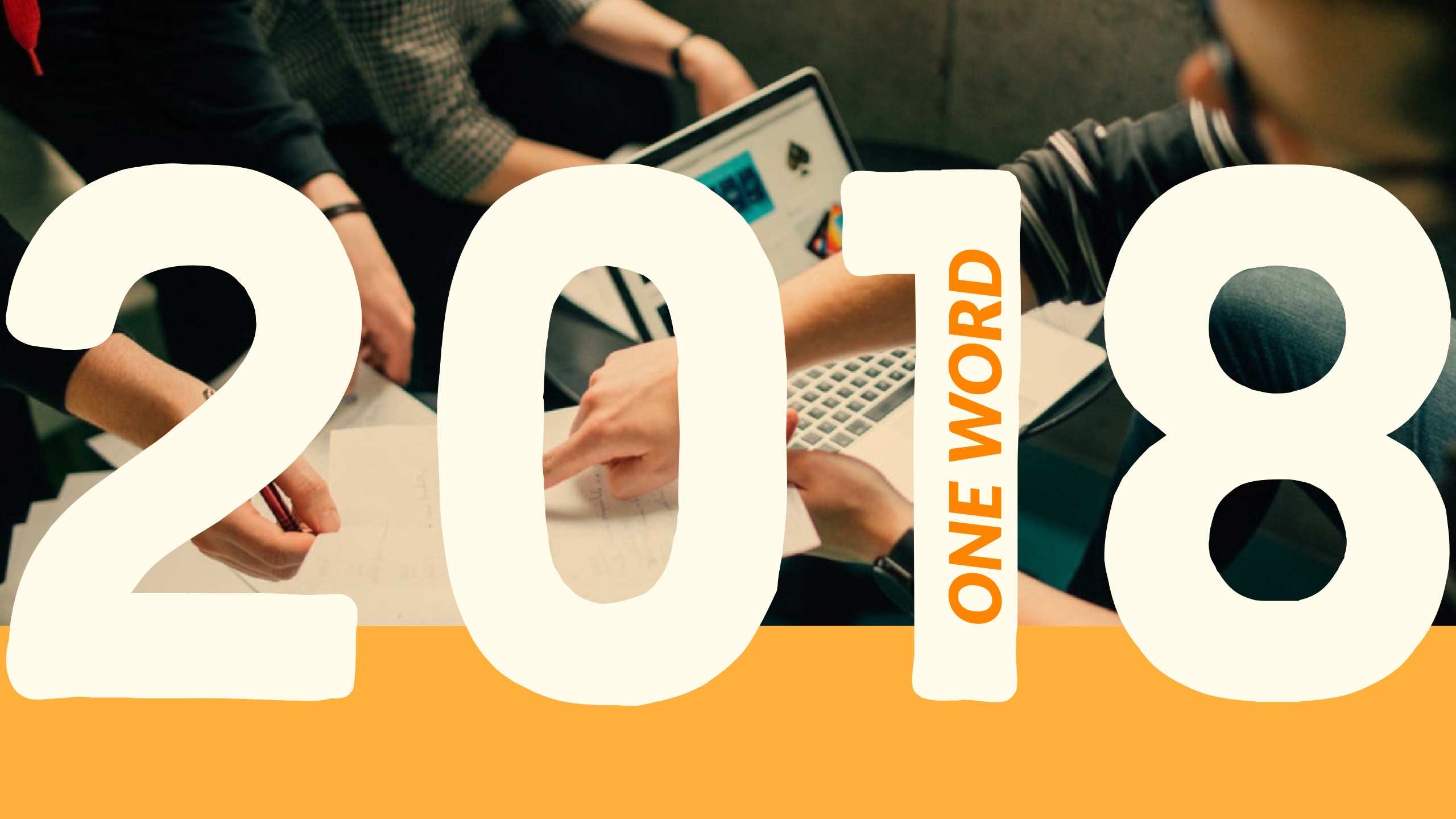 It’s DONE!  Kaput! Finished! Finito! 2017 made it’s glorious entrance almost 12 months ago and now, it’s about to move into the history books.

And now, we are about to do what we do at the end of every year.  We look back and decide whether it was a good year, a great year, a hard year or just a year filled with lessons.  Then, we’ll create some resolutions, goals or simply decide how we will live differently in the new year.  Some of us will simply shrug our shoulders while saying, “Meh, it’s just another day!”

Whatever your approach, the days still move on and they don’t wait for you.  So, my approach is to be as intentional as I can about every moment.  Is that tiring?  Yeah, sometimes it is.  But, it’s better!  When I look back, I’m usually glad I was intentional about creating the moment.

For the last few years, I have been intentional about choosing a word which would guide me through the year.  Once my word is chosen, I typically write about it, then print it in LARGE letters.  Once printing is complete, I post it on the wall of my office and also on a board in my bedroom so I can see it and constantly return to it.

In 2014, I chose the word EXPLOSIVE.  Be careful about your words because 2014 was definitely an explosive time in my life.  Things exploded, just not in the way I’d hoped :).  My business crashed in a BIG way and that affected my life in some many ways.  I’m still recovering from some of it.  But, it was still an amazing learning experience.

In 2015, my word was IMPACT.  I began the process of rebuilding, rebranding and restarting some of my consulting.  Some things worked and some didn’t.  I started the year with a great business opportunity and lost it by September of that year.  But, it was a lesson I needed.  It helped me regain some confidence and begin moving in the direction I really needed to go.

In 2016, I was led to choose the word RELATIONSHIP.  I began focusing on growing my network and creating relationships that mattered.  I started a new podcast and met some amazing people.  This was a year where the relationships formed really generated some new thought processes for me.  I really began to dig into my business as a speaker/trainer.  I’d joined Toastmasters at the end of 2014 to begin learning some of the mechanics of speaking.  But, now I began exploring the National Speakers Association to learn about the business of speaking.

For 2017, my word was BOLD.  I printed a sign for my bedroom which said BOLD THOUGHTS, BOLD IDEAS, BOLD ACTION!  One of the first bold actions I took was becoming a professional member of the National Speakers Association.  This created some connections which sparked revenue, new approaches to business building and created a smile in my business model.  In 2017, I realized I was on the right path and in the exact place where I should be.  It wasn’t a perfect year but it was a year where I realized I’m just hitting my stride.

A few weeks ago, I was taking a shower (yes, I do that every few weeks :)) and began thinking about what I could do to make my 2018 a much stronger year.  I looked at some of the roadblocks I’d faced and realized many of the obstacles came because of one main reason.  I was not leveraging people enough and constantly attempted to solve problems on my own.  Yes, I had an assistant and interns at one point.  But, I was still in a mindset of doing it on my own instead of how I could lead a team.  This was ironic because I’d spent the past 2 years writing a TON about leadership.

So, in order to move forward at an accelerated pace, I would need to do a better job of leading, leveraging and training.  For every action or idea, I must ask myself a few questions:

As I came to end of my thoughts in the shower, I was left with two phrases – More collaboration, better delegation.

In years past, I’d chosen one word which really hit home and drove my year.  But this year, I had two.  So, I decided to create my own rule and my own word.

This word resonates with me for a few reasons:

Will 2018 be perfect?  No.  And I don’t want it to be.  But, I’m intent on having it be a successful year, a year of phenomenal growth and a year of collabo-gation.