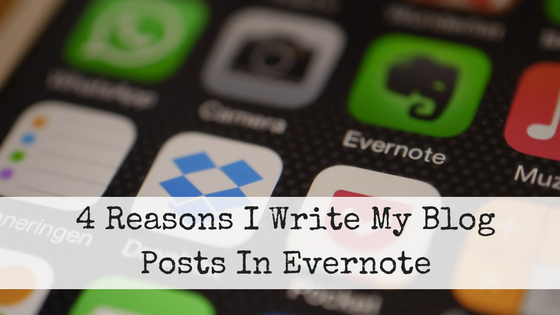 I’ve had websites since as far back as 2001.  But, I took my first dip into the world of blogging in 2010.  It was my business site and I wasn’t really sure what to write.  I wrote a little about the business itself and I wrote about things I cared about.  I wrote about apps and tech tips I’d stumbled upon.  But, I wasn’t always consistent with writing.  A big reason for the lack of consistency was related to the difficulty in constantly finding ideas.  I didn’t use a blog calendar; I didn’t batch my writing and I didn’t really have a focus for my writing.
I had a WordPress website and wrote my posts directly in the WordPress editor.  Eventually, I hired a virtual assistant to write my articles.  She wrote some and I wrote some.  They would all go into the wordpress editor.  Or, I would write them in another app, such as Blogsy, which pushed them right into wordpress.  I didn’t think anything was wrong with this approach until the unthinkable happened.  I tried to export my content from one wordpress site to another without performing a backup.  HORROR!! I know.  The techies are reading this and cringing right now.
The export went horribly wrong and my files got corrupted somehow.  OUCH!   BIG OUCH!  All my posts, over 3 years of content…GONE!  I didn’t have it anywhere else.  I was able to recover SOME of the information but it was all jumbled and it was going to be a monumental job to restore everything to a usable fashion.
Enter Evernote.  I was already using Evernote for a lot of my storage, my web clipping, my ideas.  In fact, here are some other articles I had written about Evernote:
Article #1
Article #2
Article #3
Since I was already using Evernote extensively, I decided to see if there were benefits to using it for my blogging.  First, I found a wordpress plugin called Sentinote. Later I moved to a solution called Postach.io.  While pretty neat, neither of them really fit what I needed.  In both cases, I didn’t want to be locked into a specific notebook for my blog transfer.  I wanted to be able to pull from multiple notebooks or create suggested topics in a notebook without having it pulled into the blog queue.
Eventually, I settled on simply writing my posts in Evernote and copying it into WordPress.  I did this because:
I use Evernote for all sorts of stuff from managing my home to jotting quick ideas.  But, being able to glance quickly at the content I have online is another benefit.  I can quickly scroll through without having to log in to a webpage.
For the bloggers out there, what’s your go-to tool? Share with me in the comments what you use to write your blog posts.
ADDITIONAL: Wait a minute, I forgot to mention that I also post to Medium.  So, once I write my post in Evernote, if I choose to post it to my blog, I use a plugin to cross-post to Medium also.
Posted inApps Evernote Productivity Writing
Tagsblogging