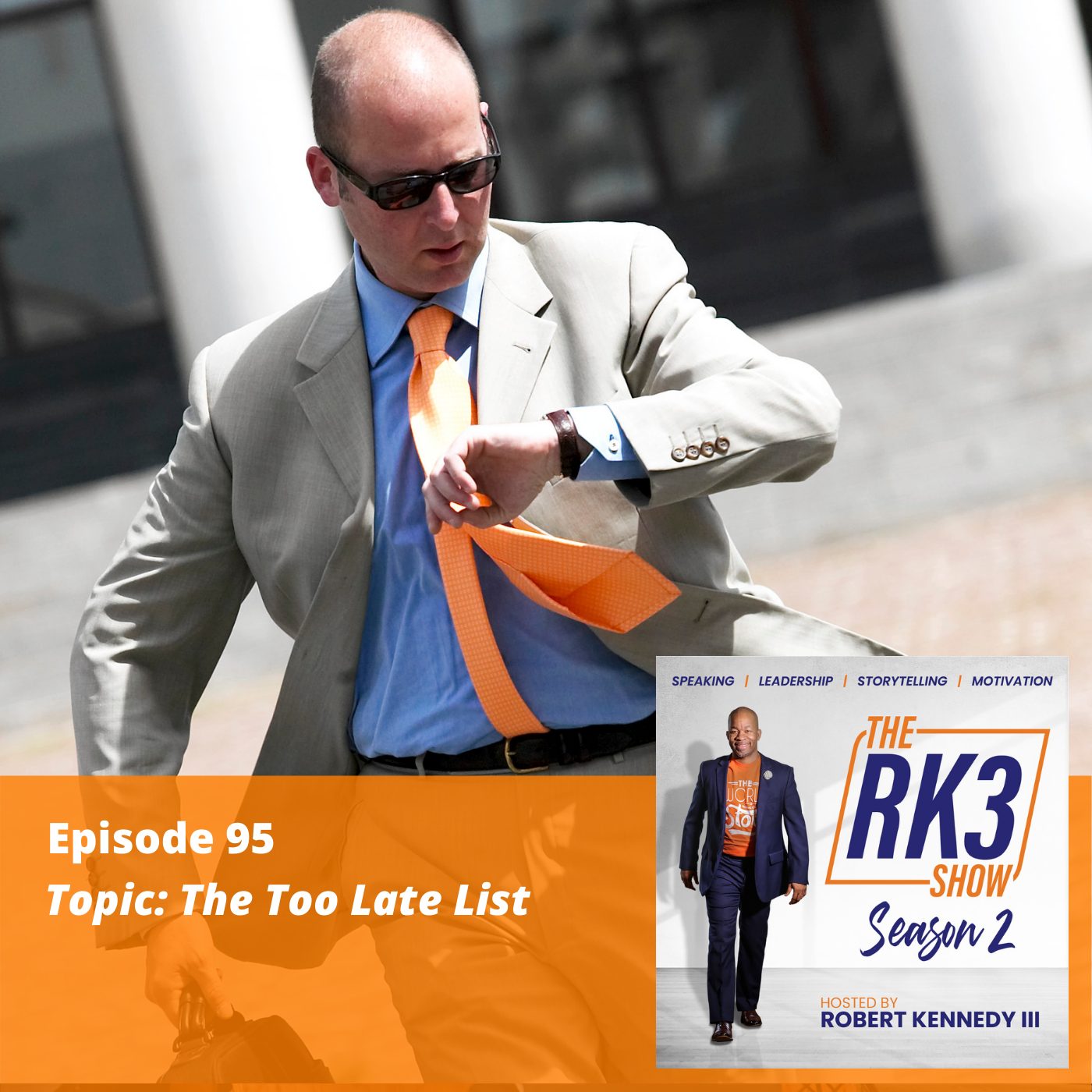 In Case You Missed It

What does it mean to be vulnerable? Why should I be vulnerable when I share my story? It is all about CONNECTION. You can definitely share data, information, or the products and services that you are building or selling. However, to connect with people on a deeper level, you really need to go to stories – specifically a personal story.

Listen to Episode 94 where I discuss why being vulnerable with your audience helps you better connect and make a difference with people.

We have some PRIZES to give away! Send in your 20-second voice message or an email about The RK3 Show and you might win T-shirts, some merch, sweet SWAG!

Send your 20-second voice message through https://robertkennedy3.com/voicemail. Leave me a message and I’ll air it on or before our final episode.

If you still want to send me a message but you’d prefer to do it via email instead, send me a note at podcast(at)robertkennedy3.com. I look forward to seeing you in my inbox!

What’s In Store For You

What if it’s too late to find your voice and share your story?

Age is just a number. You don’t have to be young or have to be a certain age to be recognized, to share your story, to do something that has impact. It does not matter what age you reach success; the most important thing is that you decide that you’re going to keep pushing and plowing away no matter what.

No matter what your age, you can make it. You can make change possible. Like the people we have in the list below, it is never too late!