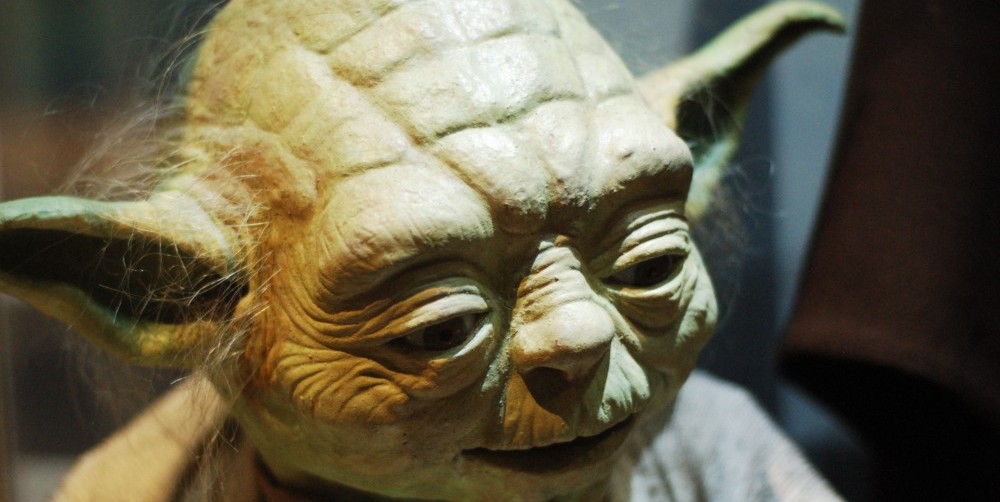 It took me a long time to really understand the philosophy of Yoda when he said, “do or do not, there is no try.”  Mentally, I kept saying, “what do you mean?  If a guy is trying to climb the mountain, then he is trying to do that, right?  I mean, you can’t say that he did it until he finished, right?”

Wrong.  If you asked a mountain climber what he/she was doing at that specific time, he or she would tell you about what they were doing, not what they were trying to do, which was climbing the mountain.

Why is this even important in the first place?  For me, it’s all about the mindset.  If I have a mindset of action, it means that I’m always present.  I’m always engaged in what I am currently doing and not a promise of the future.  I’m speaking about what I am doing at that moment or what I WILL do.  If I say that I am going to TRY to do something, then that pre-supposes or assumes that there is a possibility that I will fail at doing this.  Now, failure is not a bad thing.  As a matter of fact, we NEED to fail in life in order to grow.  But, in order for me to be successful, I need to be completely sold out to the path that I am taking.

Now, let’s be honest.  If you asked someone to do something important for you and they responded, “Well, I’m going to try,” how much confidence would that inspire in you?  My first thought would be, “oh boy”.  Since we’re being honest, I’ll admit that I’ve said those VERY words to people.  And when I really look back at it, I realize that I was giving myself an out.  What I was really saying to people was that I was going to attempt to do it at some point, or that there was a possibility that I would not get to it or that I might not have time to do it.  I was essentially saying to them, “Don’t expect success from me because I’m not confident that I can deliver this for you!”  If you ask my wife, she will tell you that she knows EXACTLY what I am saying if I tell her that I will ‘try’ to do something.

OK, OK, OK.  So, there are times where there is just no way to know if you can succeed at it.  But, what I’m talking about here is attitude…CONFIDENCE!  Who would rather go to battle with?  Someone who said they were going to try their best to protect your back or someone who said that they were going to PROTECT YOUR BACK no matter what? Yes, at the end of the day, it comes down to the person that actually DOES it.  Action trumps words.  But, words do inspire confidence not only in you, but also the person that you are sharing them with.  From a strictly business perspective, if all prior accomplishments are equal, a hiring manager is going to go with the person that inspires them with the confidence that they will do the job and not the person that says they will TRY their best.

What are you inspired to DO today?  Leave your comments below.

Get in action and transform your life.  Purchase your copy of 28 Days To A New Me: A Journey of Commitment.  Buy for Kindle at Amazon.com.  Buy for Nook at Barnes & Noble.  If you have neither of these readers, buy the PDF version.  The paperback version will be released in June 2013.