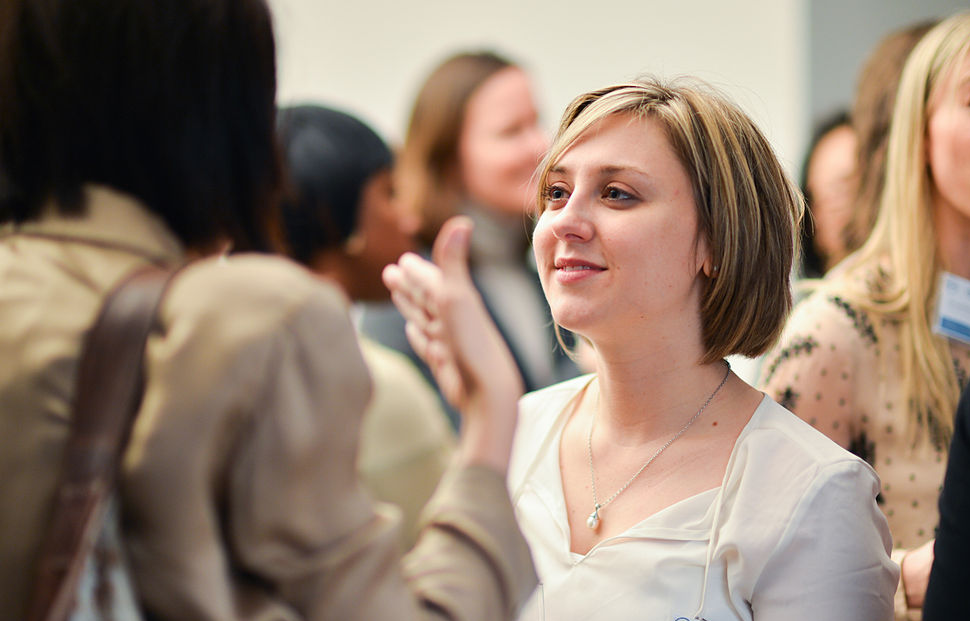 I walked into the event and there he was, there she was, there THEY were.  You know them.  The first-timers.  The ones who feel like they have to go to networking events in order to build their business.  But, the problem is that they are scared out of their minds.  So, they get on their phones and text, scroll through social media and act like they’re engaged with something else JUST so that they don’t have to actually, you know…meet people.  The smartphone transforms from a small handheld device into a giant wall, shielding them from contact with the enemy.

While they execute their fear strategy, they fail to realize a certain percentage of the room is implementing a similar strategy.  It may not be with the phone.  It may be by hanging around the hors d’ouvres table or simply standing by the beverage cart.  I still remember events where I pretended to look for the bathroom for 30 minutes while I  got up my nerve to go meet people.

Why is it so hard?  Why is it such a challenge?  Who came up with this idea to throw a bunch of people in a room where only the extroverts thrived?

Let’s go back to your childhood for a moment.  Your family just moved or you are just getting to a new school.  You don’t know anyone at first but after a few weeks, you have some friends.  Did it happen by magic?  Did you put a spell on people to make them become your friends?  No and not exactly.  You did two simple things.  First you found a point of connection and second, you asked.  The connection point might have been something funny that happened, or maybe it was a game/sport on the playground, or maybe it was simply the fact that you were both new.  Then you asked, “Hey, do you want to play”

“What do you think about…?”

So what do we do?

Choose a number.  Choose a small number like 3, 4, or 5.  That’s the number of people that you will seek to truly connect with over the next 30 days.  Don’t sell them anything.  Don’t tell them about your services unless they ask or unless you see that they are immediately in need of them.

What do you think about starting REAL relationships in business?