So, GMAIL decided to roll out something new.  I’m ok with it actually.  However, I have received a cadre of emails telling me about this new interface and all of the bad things about it.  I have also received emails from people on my mailing list saying, “Hey dude, what happened?  I can’t find the blog post email and its not in my junk folder.”  At first, I had NO IDEA what to tell them.  I swore it was me.  But then, I realized that the culprit was actually Google.

Now, I have received quite a few requests asking what to do.  So, here are some suggestions.

1.  Deselect the tabs
You can do this by going to the little + sign at the right of the tabs. A dialog box pops up which allows you to deselect the tabs you don’t want to show up. 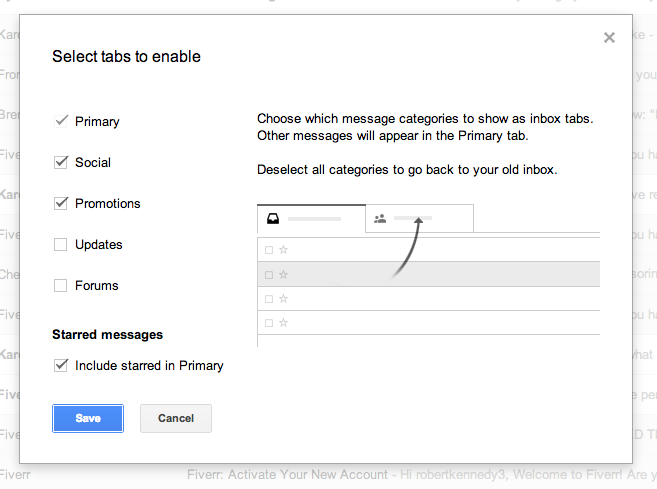 2.  Drag Email to where you want it.
Go to the Promotions Tab, or any other tab for that matter, then click and drag the email you want to the tab you want it to appear in regularly. You’ll now get a message that says “This conversation has been moved to “Primary.”” Do this for future messages from “******”? Not only will that email be moved but the subsequent emails from that sender will appear in the new location.

3.  Change the Default Inbox
Go to the little gear in the top right hand corner. Click that and then click on Settings. Now, choose Inbox. Then click the dropdown beside Inbox Type. Choose anything other than Default. That will get rid of the tabs and set up a new box type. Personally, I’m a fan of the Unread First Inbox Type. 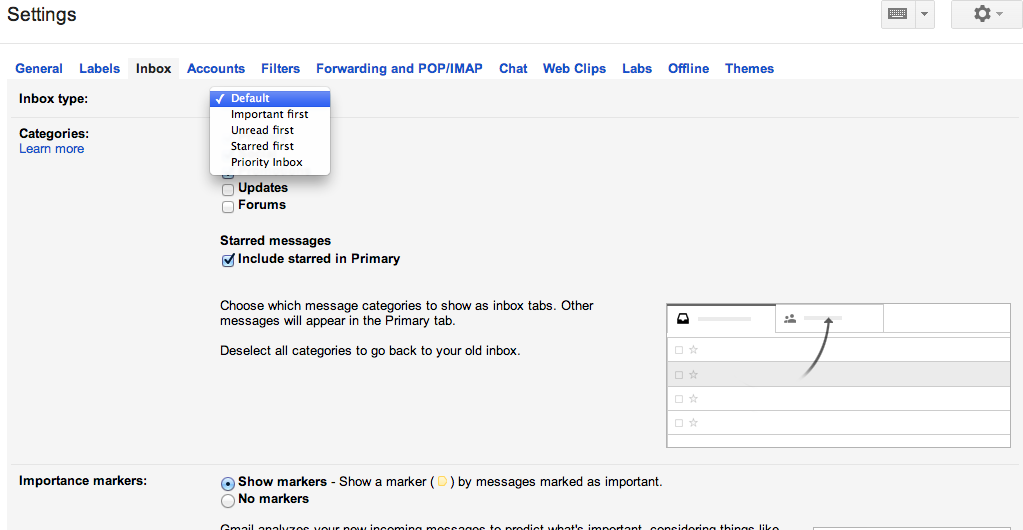 Hopefully this was helpful.  I have quite a few email addresses and most use either the gmail or Google Apps backend.  I have systems that I use to make my day a bit more efficient.  When changes come that are unexpected, it definitely can take a few moments to get back on  kilter.

Was this helpful to you? Do you want to see more articles of this type?  Let me know in the comments.