7 Eye-Opening Reasons That Will Help You Write 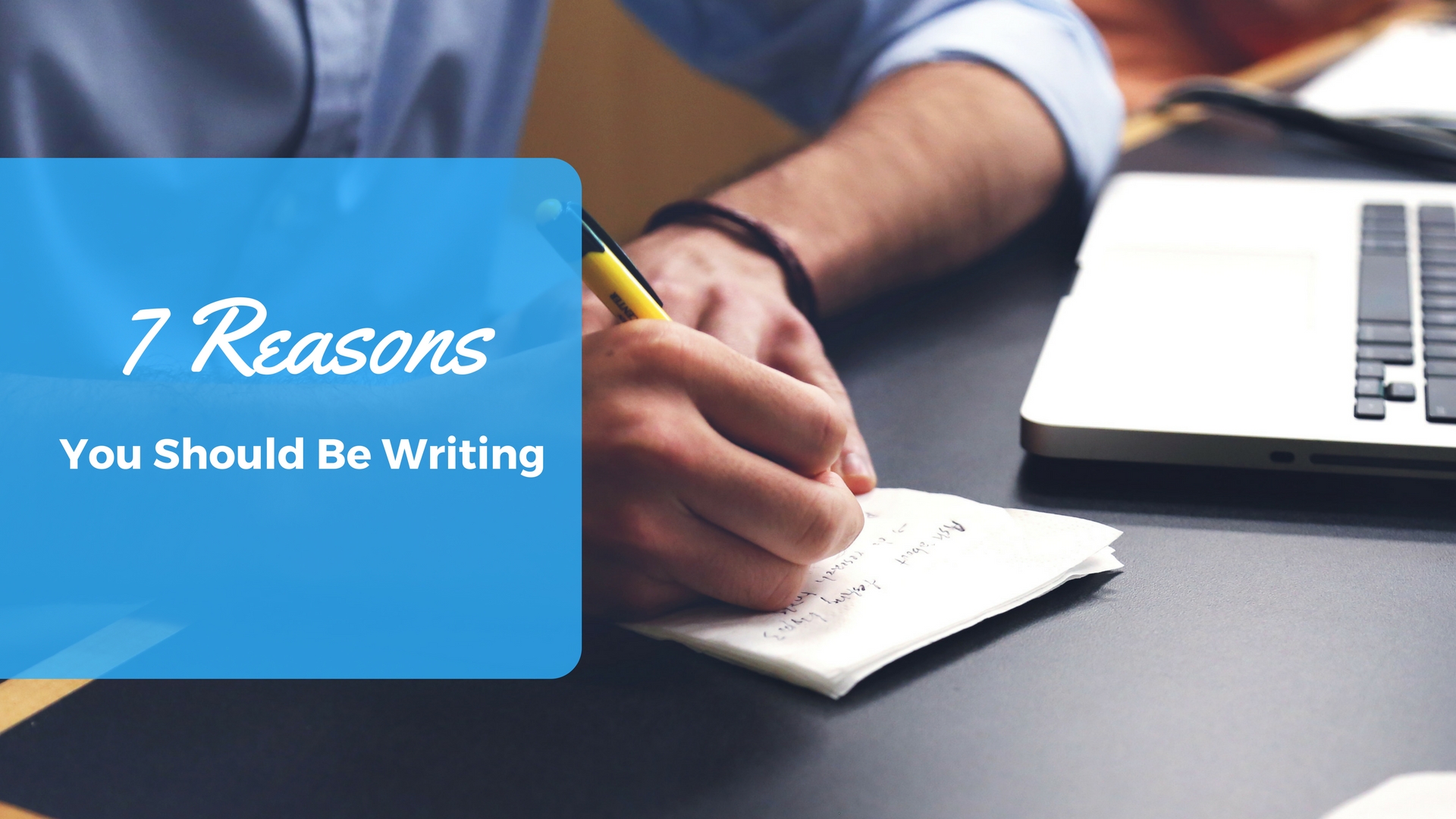 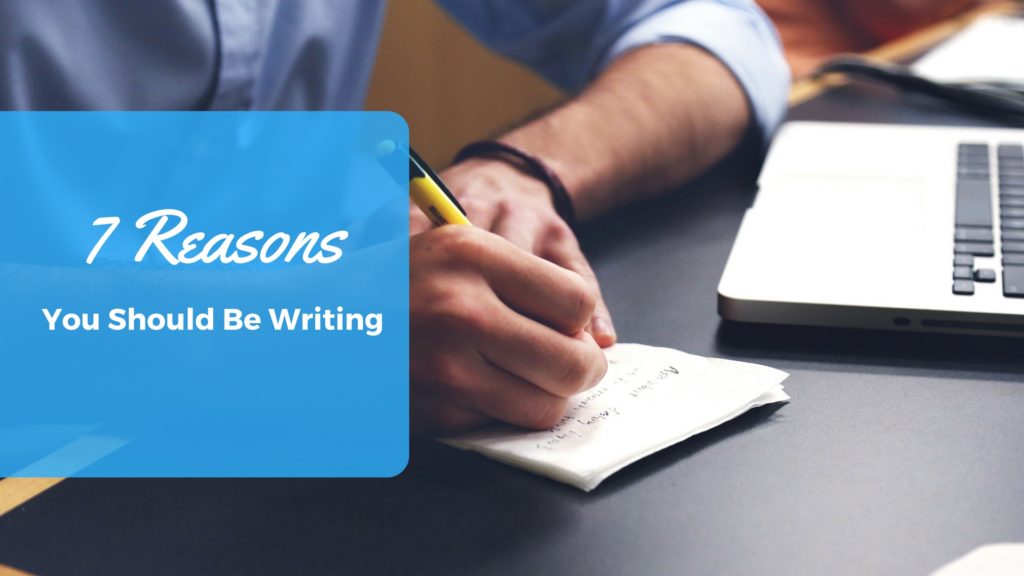 I didn’t realize I was a writer until my mom told me. Well, she didn’t exactly say it that way. She just casually mentioned how I had been writing poems and little anecdotes on paper while leaving them strewn around the house for years. She would find them in different areas while I’d moved on to the next activity. I didn’t consider myself a writer, but I’d been writing for quite a while. So, when I started writing music, my mom wasn’t surprised. She knew about this writer who’d been there all along.

In many of us, there is a writer who’s been there all along. We just don’t know why or how to access that inner muse. But, that muse is the key to unlocking quite a bit of what you seek. When you unlock it, you begin to see much more clearly why the world moves at the stroke of a pen.

Here are seven reasons you should allow that unlocking:

1. Release – If you go to a therapist or a counselor, one of the treatment questions they ask is, “Are you journaling?” If your answer is, “No,” then they suggest you begin to do so. The reason is that writing allows you to release the tension and idea buildup in your brain. This release is not only for negative things. (We’ll discuss the positive part of this in reason #3.) You might simply have a build-up of ideas which may cause you tension. Writing them down or writing about them allows you to release them onto a pad or paper where you can later process them.

2. Escape – Do you remember reading stories as a child and imagining yourself in a different place? There are many stories which build on this idea of escape…Alice in Wonderland, The Wizard of Oz. There are worlds created through writing. If you can escape into another world when reading the writing of others, imagine creating your own world with your pen.

In coaching sessions with clients, I often ask about their ideal day. About half take a while to come up with an answer because they’ve never thought about it. But, once they are able to sit and write it, the day becomes more real and they are able to smile about something they’ve dreamt. They are now able to escape into a world of their own creation.

3. Creativity – For some reason, as we get older, we begin to lose the wonderment and imagination we had as children. We succumb to a world of rules and forget that in our minds, we don’t have to live by those same rules. In the real world, you need a bridge to drive across a river. In your mind, you can simply drive to the edge. Then, when your car senses there is no more road, it will automatically enter flight mode and glide across the bay. Our creative minds become inspired when we see our uninhibited ideas on paper. This is why the process of free-writing is so powerful. Unencumbered by paragraphs, punctuations, sentence structure, idea flow or any standard writing rules, we are able to exercise the creative mind.

4. Explore – You can explore creative worlds when you write. But, there is also the process of research what others have created. This research allows you to explore the perspectives of other authors, researchers, and creative minds. It’s this exploration which allows for growth.

Back in elementary school, I learned about explorers like Magellan, Columbus and many others. While they were able to become historical figures through their exploration, they didn’t originate many of the ideas. They read about the possibility of circumnavigating the world or reaching the Indies by going west. Their reading was the catalyst for their exploration.

5. Inspire – When you write, you are able to inspire others. Some people might not be brave enough to speak to you just yet. But, your story of perseverance can inspire. Your discovery of a tool, method, software or idea which helped you solve a problem, can inspire someone else to move forward with the idea or obstacle which has them stuck.

Many people are stuck simply because of isolation. But, your writing, your story can open up their world because they might be brought to the realization they aren’t alone in what they face.

6. Visibility – So many of us live in the comfort of invisibility. Yet, we crave the affirmation or the success that only comes when you are visible. A coach of mine used to tell me, “Stop hiding in plain sight, Robert.” I was being seen but I was hiding my light by not sharing my true power. I wasn’t speaking out. I wasn’t using my pen in public. Those papers my mom found around the house were my hding place. Maybe there was an unconscious effort to separate myself from the poetic ideas which constantly came because I was afraid of the responsibility connected with those ideas. (Hmmm, this may be worth exploring further) Whatever the reason, writing allowed someone else to see what was in my brain and in my heart.

7. Educate – Your writing can educate others. They might be inspired by your writing but when you write, your ideas might also help spawn other ideas. This education doesn’t come from simply memorizing concepts. It’s what happens when an idea is digested and then personalized into a new resultant concept. You become a school when you write. You become a teacher when you write. But, you also become a learner as you educate yourself through your own growth of ideas.

Going back through these reasons to write, Release, Escape, Creativity, Explore, Inspire, Visibility, and Educate reveals the acronym, R.E.C.E.I.V.E. By giving of yourself through writing, you are ultimately receiving a gift. But, this gift doesn’t happen unless you are willing to step outside of you to GIVE!