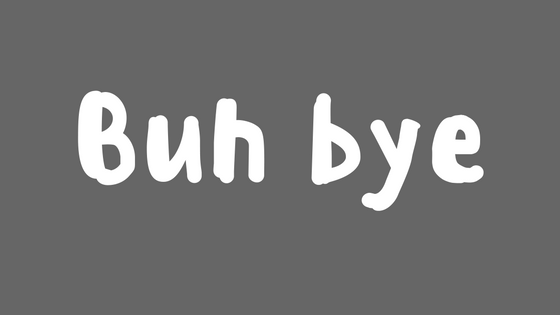 5 Ways To Leave A Conversation

Whenever I give a talk on networking or relationship-building, one of the questions I’m inevitably asked is, “Robert, how do I get out of a conversation that I’m no longer interested in?”

Now, before you get upset with the person who asked this, admit to yourself that you have either been IN this situation or guilty of the situation.  It happens.  You are doing your best to be friendly, you ask a question and before you know it, the small talk has turned into full-on autobiography and you are not getting a word in at all.  It’s awkward and most times, you are LOOKING for the exit.  But, you don’t really know how to exit that conversation.  There is also the other kind where you just run out of things to speak about, both of you are nodding, your heart is racing, you both have a glazed look, painted on smile, but no one wants to be the first to end it.

Why does this happen?  Well, part of the reason is that we have been taught how to HAVE conversations and strike up small talk but not really how to end them.
In an article for Associations Now, Samantha Whitehorse studies the behaviors of employees on a tradeshow floor.  One of the CEOs she interviews notes, “It is as important to know how to effectively end a conversation with attendees as it is to engage with them.”  In this case, it is because there are multiple people who need the engagement of the exhibitors.  But, in a networking setting, that reason isn’t built in…or is it?
Here are five good ways to gracefully exit a conversation.

1.  “My goal tonight is…” – When you are at an event, your purpose is meeting and connecting with people and you may use that as your first reason for leaving a conversation.  I tend to go to an event with a goal of meeting certain people, connecting with a certain number of people or introducing a certain number of people.  So, a simple segue might be, “Dan, it’s been amazing chatting with you.  I’ve got an hour and my goal tonight is to have 5 amazing conversations.  Because of you, I’ve got only 4 to go.  Let’s reconnect once I hit my 5.”

2.  “I want to introduce you to…” – I love to be a connector and I encourage using that technique if you have a talent for that or the ambition for it.  Early on in your conversation, make an effort o find out what that person’s needs are.  Then, at some point in the conversation, you can decide that you want to introduce them to someone.  That may seem like you are simply dumping them off on to someone else.  But, that doesn’t necessarily have to be the case.  You can direct the conversation by simply framing the introduction.  “Bob, I want to introduce you to Jim.  He’s looking for help with X and I thought you would be a great person for him to spend 2 minutes with.”  You’ve framed the conversation topic and even offered a subtle time frame.

3.  Flip it.  Ask THEM to introduce you to someone.  – “Listen, Danielle, I’m enjoying our conversation.  But, I also want to find someone tonight who can help me with X.  Do you know anyone and would you be willing to introduce me?”  This is great because the other person now has the opportunity to be helpful AND you get to switch gears.  Most of the time, people WANT to be helpful but they are just not skilled in asking you the right questions.  So, they ramble.

4.  Engage a 3rd and 4th party and then slip out.  Sometimes in the conversation, you may have a friend or another person whom you’ve met walk by.  Simply say, “Hey Ellen, John and I were talking about X.  What do you think?”  Be energetic.  Fully engage in the conversation.  Involve more people.  Then, when it’s time, politely excuse yourself from the group.  Now, it’s not an awkward one on one.  You’ve actually created a new conversation and facilitated some new relationships.

5.  Be direct.  – “Eric, this has been great.  I don’t want to take up all of your time though because I know we’re both here to connect with new people.”  If you choose to continue the conversation at a later time, exchange cards or information.  But, keep it direct and simply move forward without feeling guilt.  Yes, that’s easier said than done.  But as with anything else, practice makes permanent.  You’ll be fine with time.

Communication and conversation are golden.  It may be hard to feel like you are going in with a plan when you really want the conversation to feel authentic.  But, the simple truth is that every conversation isn’t a fit and sometimes you may need an exit strategy that was already planned.  Think of it as your safety plan to protect all parties involved.

What other suggestions do you have?