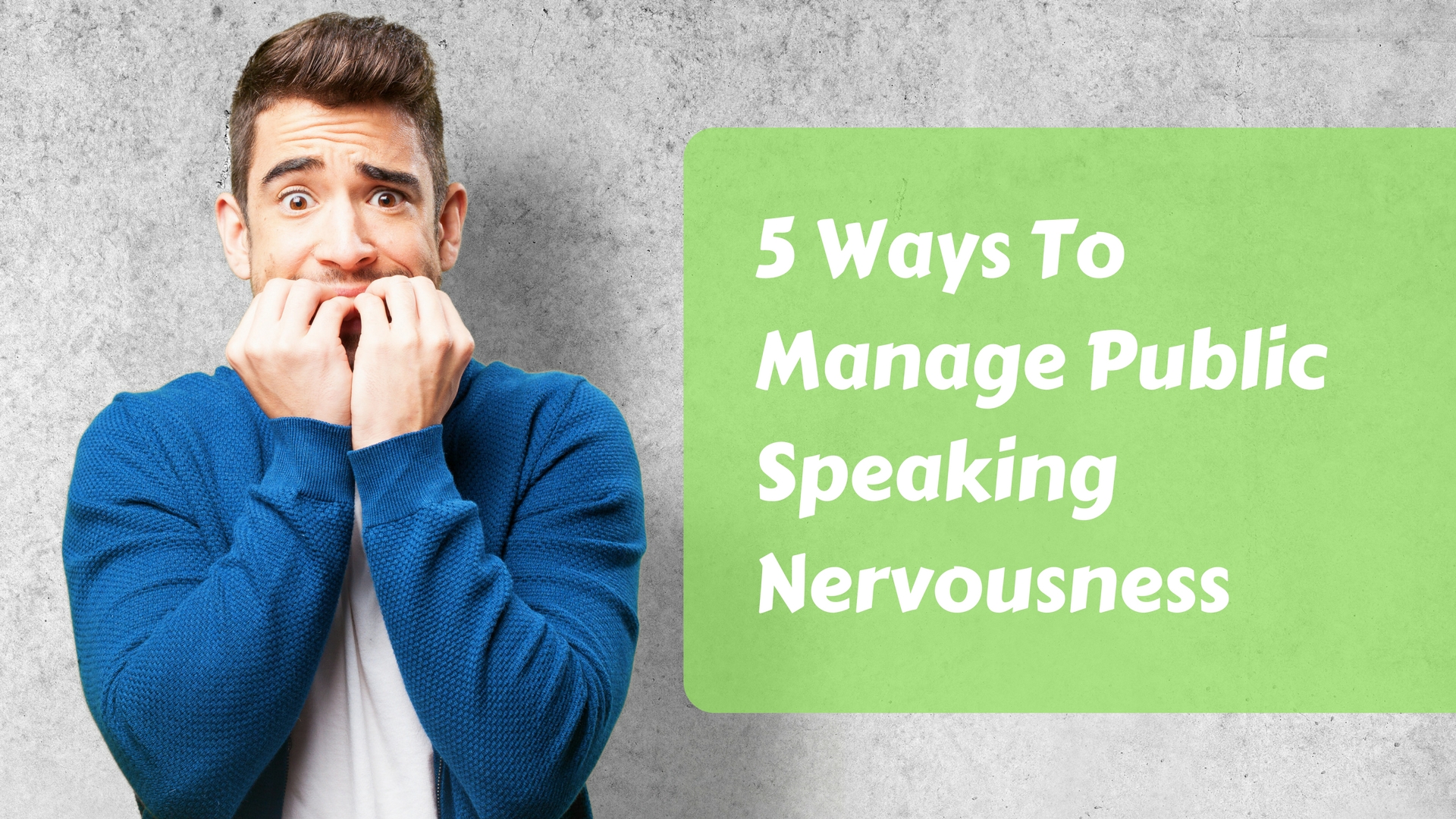 5 Simple Ways To Deal With Nervousness When Speaking

“How do you get rid of nervousness when you speak?”, she asked after I finished my presentation.

“Do you mean me personally, or are you just asking for a general answer?”

She chuckled a little at my retort. “You personally.”

I began walking away from the lectern with a smirk, then quickly returned to even more laughter.

“Honestly, you don’t get rid of it. You refocus it.”

What do you do with this?

1. Change your physical pose. Tony Robbins continually mentions the idea of ramping up your physical expression to change your mental approach. Yelling like a warrior decreases the ability for your body to feel nervousness. Amy Cuddy has another approach. Stand like a superhero.

2. Talk to your audience beforehand. If you mingle with them, whether it is a large crowd or a small board room, you will be able to grab a sense of where they are emotionally and mentally. But what if you don’t have a lot of time? You should still get there early and greet as many at the door as possible. Don’t get there after them. Let them enter YOUR energy zone.

3. Move and reframe. Act like Rocky. Imagine you are getting ready for the big fight. You close your eyes and hop from side to side. This isn’t nervousness. It’s your energy warm-up before battle. Punch the air. Do some jabs. You’re the expert. It’s all you. Heighten your energy level.

4. Tell your face to smile. Sometimes you’re smiling inside, but your face has to get the message. Not the nervous smile where your lips got the memo but your raised eyebrows give you away. The bright, confident smile where you’re the popular kid in school and everyone wants to meet you. Do facial exercises. Poke your lips out, then move them right. Now move them left. Open your mouth as if you are doing a lion roar.

“There are only two types of speakers in the world: 1. The nervous. 2. Liars.” – Mark Twain

Nervousness exists. Nervousness is energy. Scientific law says that energy can’t be created or destroyed. Rather, it transforms from one form to another. So, your only job is to take that nervous energy and transform it.