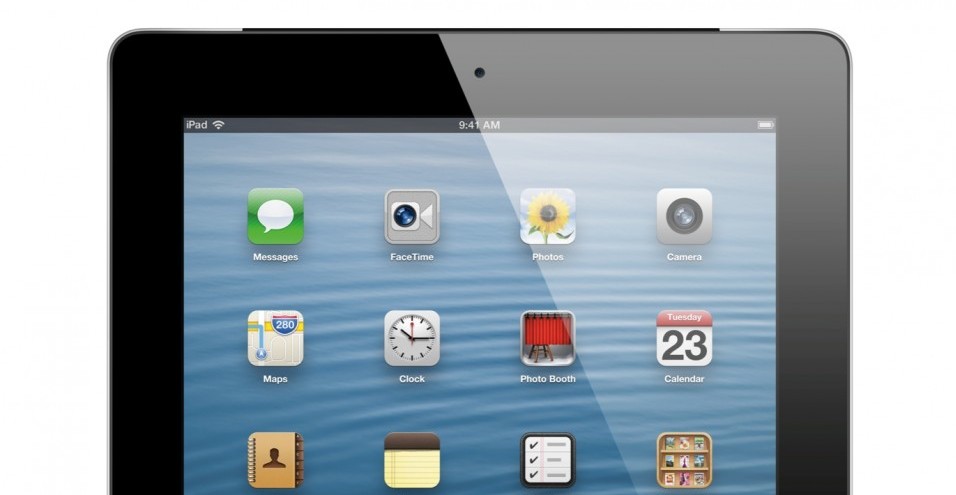 5 Reasons Why I Still Love My iPad

In March 2011, I was anxiously expecting the release of the iPad 2. Unlike many Apple enthusiasts, I had not purchased the first version of the iPad and was not planning on standing in line for this one. A friend of mine and I made a plan to go to the closest mall where the Apple store was and grab one on the first day. But, when he called me and told me how long the line was, I decided to find the most remote Walmart in my area to circumvent the process. Great plan! I was able to scoop up the last 64GB iPad 2 on the opening day. Here we are 2 years later. As much as I am a techie and love gadgets, I am still holding on to my iPad 2. Yes, 2 other versions have been released but I still hold on to my 2. Here’s why: 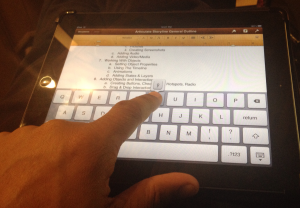 1. It doesn’t feel outdated.
I have been able to upgrade to the latest versions of ios6 and I am still able to use all of the apps that I need. I am missing Siri but based on how I use Siri on my iPhone, I’m not sure that I would be using that in any great way. Siri serves me well for reminders and other quick jots as I drive but in many cases, I find it quicker to type the item in myself rather than waiting for the voice recognition to ping the servers and respond.

2. It still allows me to travel light.
One of the reasons I got an iPad in the first place was battery life and the ability to leave my laptop at home. I love being able to walk into an airport line or anywhere else without having to go through the exercise of taking my laptop out of my bag or carrying an extra laptop case, for that matter. There are some cases for sale that include a bluetooth keyboard. However, I have chosen to simply go the route of using the wireless keyboard that came with my iMac. This works well for me for two reasons. First, I don’t always need to bring it with me and secondly, the wireless keyboard doesn’t tether me to the case.

3. Cool factor
Two years later, having an iPad is still cool. With the way that technology has been going, sometimes your devices become outdated within a matter of months. There are cases where sales people will literally laugh that you are expecting your device to be repaired because it is not even close to being a current version. So, it says something that 2 years later, people still ask me, “Hey, is that an iPad? How do you like it?”

4. It just gets it done.
Now, there are issues with every device and things that you wish worked differently. But, the fact for me is that every time I have come up against an issue, there is an app or some reasonable solution. It is never perfect. There are absolutely times where I wish that I could just click a button to attach a file to my email. But, then I note that this is an intermediary device that is not supposed to REPLACE my laptop and desktop, as much as I would want it to. There are going to be things that work a bit differently. I realize that may not work for EVERYONE. But, for ease of transport, ease of use, battery life, that is a small hiccup for me. Most of the work that I do is cloud based either via icloud or google apps. If I start something in one place, I can finish it in the next. I am writing this blog post using my wireless keyboard on my WordPress app. Once I am done, there will be some things that I will need to tweak online. But, getting the lion’s share of work done on my iPad while I am waiting for for something else to install/restore on my desktop keeps me productive.

5. Apps
I talked about apps in my last reason but this is a bit different. Although Andoird has come a long way and has, in fact, begun to outpace iDevices in some areas, the Apple App Store is still leaps ahead of Android’s marketplace. Many developers are still developing for iOS first. So, I still have access to a lot more Apps for my everyday life. Even though Amazon has its own Kindle device, having the Kindle and even the Nook apps (Barnes & Noble) for my iPad is awesome. That’s how I get my reading done. If you want me to read these days, PLEASE don’t send me a hard copy. At this point in my life, hardcopies or even paperbacks just feel like they are taking up space. Again, that still works for some people. No argument from me about which is better. In my case, I just love the convenience of reading, studying, writing, banking, gaming, researching, messaging, emailing, designing, brainstorming, video editing, music composing, and even social media-ing from one device that STILL does it well.

Now, I’m sure a new device will appear soon. But, it is REALLY going to have to blow me away.

What tablet devices, if any, are you using? How do you use it daily? Leave your response in the comments.