2 Critical Elements For The Road To Success

I spend a lot of time talking about success, personal development and business growth. It takes a lot of time to focus in, lock in and push forward towards your goals and your dreams. I talk often about how important it is to stay in action and not breaking momentum. Achieving success takes laser-focused planning and persistent action. This persistent action is where some people have a bit of trouble. They get tired and they give up noting that they need to rest. They take breaks and never get back on track. They break the momentum. Some miss success because they never take a break and others miss success because they take too much of a break. So, where is the middle line? How do you keep pushing forward without getting burned out? 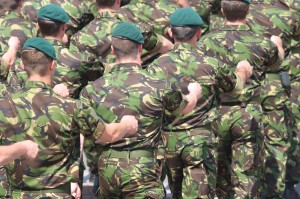 Let me start with a quick story, a Bible story. The story says that a man named Gideon was sent into battle and had to choose an army to fight along with him. About 100,000 volunteered, but God told him that was way too many. So, Gideon asked all the nervous folk to raise their hands. About 90,000 kneeknockers raised their hands and he sent them home. God told Gideon that was still too much. So, they went to a nearby stream where Gideon to them to drink some water. God told Gideon to look for the men that were scooping up the water with their hands while still remaining alert about their surroundings. There were about 300 of those. The rest had put their heads down to drink. The point? Those that were ready to go to battle stopped with everyone else to drink. But, they kept their heads up and focused on what they needed to do even during the rest period.

I’ll use another military example. When troops go in to battle, inevitably, night comes. If they are anything like me, when night comes, I want to sleep. So, when troops are in the war zone, they choose shifts. When one needs to sleep, there is someone else awake to guard. They take turns doing this but there are times when they are both awake and on guard. There is still a focus on the fight.

In both of these cases, there is an alertness and a plan in effect. Things do not happen by accident. There is a goal to be achieved, a focus on that goal and a PLAN to achieve that goal. That plan takes into account the rest stops and the natural needs.

So, here are 2 critical elements that will help figure out that middle line: 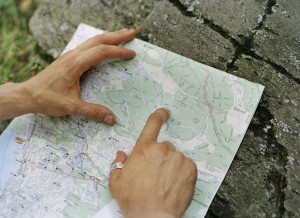 1. REST – Plan Your Rest
Your rest needs are a part of your journey. Plan those just like anything else. Plan your vacations. Plan your moments of rejuvenation and then plan out what comes after those moments. If you are driving on a trip, you can follow a map to get to your destination. But, if you add in the times that you will need to stop at a hotel to stay overnight, you can more accurately predict when you will get to your destination. If you simply drive until you get tired, you may get there but there is a lot less clarity in the trip.

2. TEAM –  Take the trip with company
Whatever you are committed to, it’s pretty difficult to accomplish it on your own. Who will hold you accountable? Who will watch your back? Who will inject fresh energy?

This road towards success is rarely, if ever, accomplished alone.

How do you keep moving towards success without burning out? Leave your thoughts in the comments.