The Value of Discomfort

I know you don’t like to hear it but that’s just how it happens most often.  If you sit there, success is probably not going to happen to you. You see these people that everyone wants to be around.  The little girls squeal with delight when they come anywhere near.  The boys light up.  The grown-ups try to play cool but still can’t believe they are in the same breathing space with that person.  It’s what we do when our heroes come around.  It’s what we do when the celebs make their appearance.  We celebrate their success while we often sit and daydream about what it would be like.  That’s the great thing about success, it has at least two sides…like everything else. 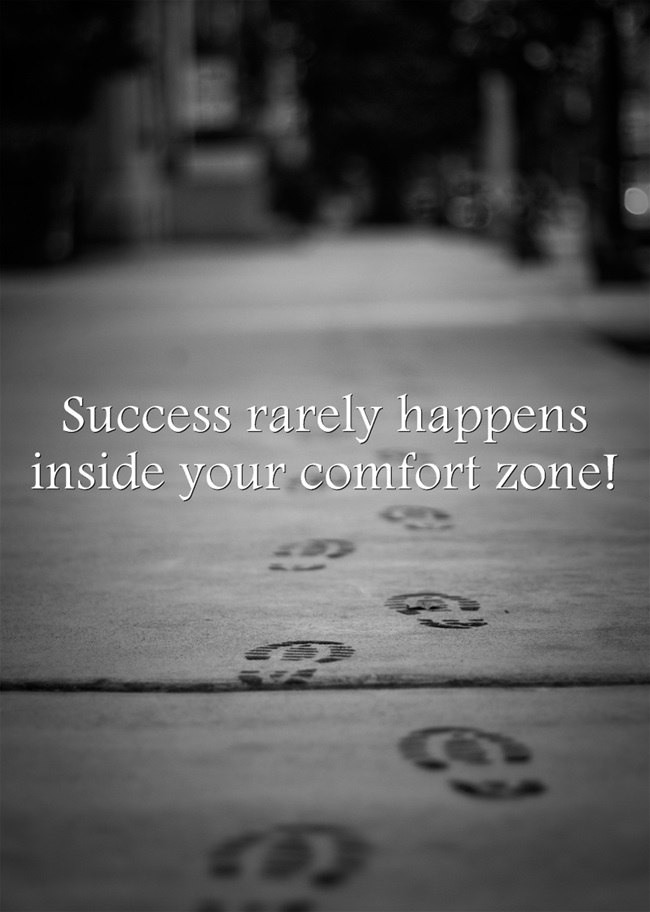 But, we don’t even have to go that far.  If we are real with ourselves, most often, it’s easier just to flow along with whatever direction life takes us.  Doing otherwise might mean that we have to get uncomfortable for a minute and most don’t like that.  I often have disagreements with people around the idea of change.  I’ve had conversations with my pastors about implementing new ideas and more often than not, they are of the mind that you have to bring people along slowly in order for them to accept certain things.  My mind always wants to make the change and allow people to adjust because I think that there will be some who will complain anyway.

Maybe my pastor is right.  I don’t know the real answer and I am not a change management expert.  But, what I do know is that we resist discomfort in a BIG way.  If there is something that threatens our personal peace, we fight ruthlessly.  If there is something that asks us to do something different, we tensely respond and territorially defend our space.  We find all the reasons why we should stay the same.  You remember the “if it ain’t broke, don’t fix it guy?”  Yes, he is a part of every committee that ever existed.  He exists because he is a part of most of us.

Here’s what I’m committing to this month.  I will do at least one thing that makes me uncomfortable or one new thing each week.

What are you afraid of? What makes you uncomfortable?  Leave your thoughts in the comments.

5 thoughts on “The Value of Discomfort”