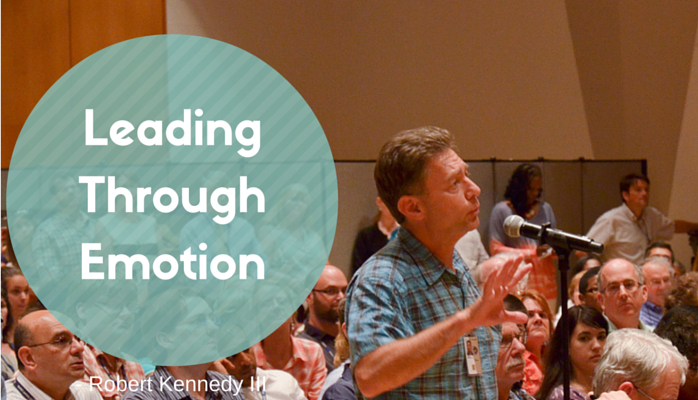 “But we’re all grown-ups, we should be able to make our own decisions. Why do we have to wait on the leaders to make the call?”

This was the question that was asked close to the end a particularly stressful meeting which seemed to provide limited results and even less hope. There were questions and more questions and the head of the organization sat, trying to take it all in while allowing for the dialogue to develop. The renovation project had been going according to plan but some hiccups had developed. Now, instead of having the new section of the facility ready for the big event, it was going to cost more money and take more time. But, no one really knew or understood where the money was going to come from.

Normally very fiery, this day he was very measured and low key. He simply said, “We need to have a decision today. What is it that we need in order for that to happen? Please take 2 minutes to write your idea on a piece of paper and we will make a decision on the one with the most responses.”

The room quieted as people put their heads down to write. The papers were collected and the decision was made 10 minutes later.

What did this leader do in order to reach resolution?

1. He recognized that it wasn’t his job to convince. In many cases, leaders get locked into a particular path and see no other way. So, they fight to convince people to vote with them or follow them.

2. He recognized the emotional approach that was needed. The room was charged up. It wasn’t time for a fiery “let’s come together in unity” speech. It was time to bring calm and to cut to the heart of the matter.

4. He offered guidance but placed an expectation. He simply let them know what they already knew but might have forgotten because of emotion. There was a time limit.

5. He considered their needs. He allowed them to express in a thoughtful way their corporate and personal needs. He allowed for verbal dialogue but then eventually redirected that process to an introspective output. Taking a time directed moment to think and place an idea into the consideration box was huge for these participants. The CEO didn’t interject his thoughts. He simply identified a timeline and then asked what THEY needed to do in order to achieve it.

People are emotional. That’s a shocking statement, I know. When rooms get fired up, it is always possible for a riot mentality to develop. I’ve been to quite a few meetings where the room gets so charged that people begin to express emotional responses that have nothing to do with reaching a decision on the issue on the table. (I’ve got another post about the culture that creates these types of meetings later on)

A leader, then, needs to have a level of emotional intelligence that fits the moment. Leadership that conveys stress, anxiety and frustration passes that down to the rest of the organization. If you find an organization where everyone is on edge, all too often, that is simply a reflection of what has been created by the long term leadership. (I clarify long-term because sometimes leaders are thrust into a situation they didn’t create) That type of environment doesn’t foster engaged progress towards a larger vision. It simply fosters…well…more stress. While some teams might thrive under pressure for a project or two, a constant stream of this sort of stress tends to stifle creativity and the people being led often begin to withhold their insights, however valuable.

Understanding timing, emotion and response and critical calls that leaders need to make. Yes, we are all grown-ups. But, we are all different grown-ups and sometimes someone has to make the call or help us towards making the right call.

How do you find that emotion affects the way you lead groups of people?